Home » Garden Design Ideas » Spice it up with succulents

Spice it up with succulents

Succulents are finding a place with other contemporary architectural plants but better than this is the fact that they can work well in a variety of garden styles from the very grand and historic, right up to the ultra-modern and just about everything in between. 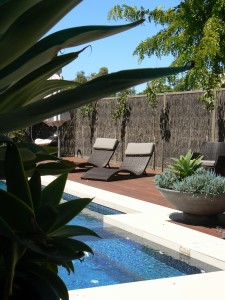 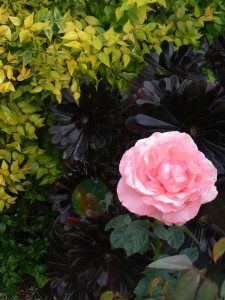 After years of hovering in the background it is time they took on a more significant role as good garden plants.

Some succulents deserve to be fashionable and to become valuable and treasured garden plants but first we have to break with tradition and get away from the notion that succulents only belong in dry tolerant gardens or botanical collections.

Plant nurseries typically group succulents together and have separated them out from other plants and to some extent that is how we have learnt to think of them. 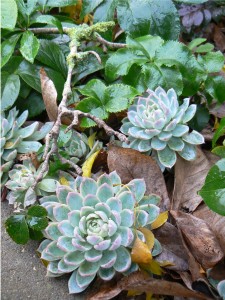 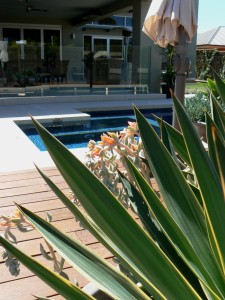 There are selection challenges though, especially for inland Victoria with frosts and hail, often poorly drained soils and baking hot summer sun.

Don’t expect all succulents to take this sort of treatment unless you know they are good for the job, some are and some not.

Succulent plants are mostly adapted to seasonal dry periods, intermittent rainfall or shallow soils that hold little water. In these conditions water storage is an excellent strategy; however it is not a solution to extended droughts. A bit like the hump of a camel is only designed to take it across one desert.

It is probably for this reason that Australia has fewer succulents than you might imagine especially since succulents are represented on every continent on earth except Antarctica. Australia certainly does have succulents for example the local Ruby Salt Bush, the striking Gymea Lily and magnificent Queensland Bottle Tree.

Unlike the Bottle Tree most of the smaller succulents have shallow roots allowing them to grab any meagre rainfall or irrigation before other plants and that makes them useful in a garden environment surrounded by larger plants or under trees. 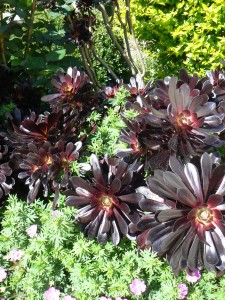 And one extra for luck Portulacaria afra!